NEW DATES FOR TOOWOOMBA ARE SUPER! 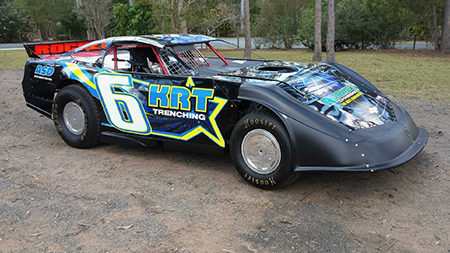 The addition of some new dates have been met with open arms and broad grins for Super Sedan drivers and fans alike at Hi-Tec Oils Toowoomba Speedway.

QLD Super Sedan Association committee member and long serving Super Sedan wheel-man Wayne Randall is pleased to see that two dates for the class have been included in the schedule.

“We’re really excited to be honest,” Randall admits, “Toowoomba is one of the best venues we race on anywhere in Australia. It’s an unbelievable track, it widens up and allows Super Sedans to showcase what they’re best at and that’s running side by side. The highline allows for brave moves and rewards drivers who really want to have a go. The track gets better as the night wears on. It’s width gives you room to get out of the way if there’s trouble ahead of you too. We love the place.”

Randall is keen to see the Super Sedan appearances grow at Toowoomba over the next two seasons.

The QLD Super Sedan season sees 14 rounds throughout the states plus there’s always the allowance for around four-five interstate events so drivers can travel to other places.

“It’s great to race in Queensland and that’s our home base no doubt,” says the seasoned veteran, “but you always come back a better racer too after you’ve been out on the road racing in different places.”

He’s just shy of half a century of competition with 48 years of racing in the books - some eighteen of them shared with Ian Boettcher Racing as well - Wayne hasn’t missed a year of competition since he was 17 years old!

Starting out in an FC Holden that his Dad Col raced Wayne has gone on to be one of the most consistent and respected racers in Australian Speedway, not just Sedans.


“I’m excited about the future and proud of the history,” he smiles, “my son Justin and my Grandson Josh both have the passion for Speedway and their own careers. This is a family sport and I’m so proud of the boys for following my passion too.”

The Brisbane based Shock Doctor was originally born and bred in the Lismore/Casino (northern NSW) region and saddles up for another exciting season ahead in the Keith Rubach owned #6 Rocket chassis.

“I’m pumped for another season and I can’t wait to race at Toowoomba this year,” he grins, “I think it’s going to be a big year for the club and for my own personal racing. Bring it on.”