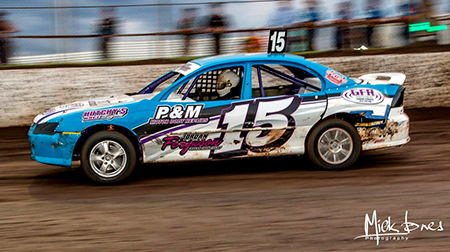 New South Wales will be represented by three drivers in Mark Quirk and the brothers Jack and Ash Graham.??

The events’ first running at the Charlton venue will also feature the unique competition between Traci McGee and her two children, Maddi McGee and Brody Fraser.

??During the past twenty two years, Bromad Racing & the McGee family have continued to honour the memory of Brody’s father (Dean Fraser) through this memorial race in their former home state of Tasmania. But now that the family reside in Queensland and with the ever increasing costs of travel across the water to compete in the event annually, the family with the support of the Tasmanian speedway community have relocated this wonderful event to their new home track, Hi-Tec Oils Speedway in Toowoomba and to the Production Sedan division which the McGee currently race. ??This will be the first time in the history of the event that Traci and both her children will all compete in the event together.  “This race means a lot to our family and to get to race in it with both my children will be an amazing experience” Traci McGee said. ??

The event carries an impressive prize pool that has been generously increased by BroMad Racing, Made Too Go Pty Ltd along with Dennis & Jodie Bullpitt from Steering and Suspension Warehouse.